The tool, combined with Playtomic’s knowledge of the sector, will help the Spanish company to stay ahead in the global market for sports reservations. Since August 2018, Playtomic has experienced compound monthly growth rates of 25% in the number of sport venue reservations. More than a million players booked space via Playtomic’s reservation platform last year, placing the company’s application in the top 10 among sports apps in Apple’s App store. The firm also signed on new high profile clubs to its network, including the largest tennis club in Latin America.

Now with Playven founders Topias Soininen and Jesse Heikkilä joining the Playtomic Team, Playtomic will offer the best technological solution for the three components of this marketplace – clubs, players and organizers – strengthening its leading position in the sports industry.

Pedro Clavería, co-CEO and co-founder of Playtomic comments: “We are thrilled to join forces with Playven and its founders Topias Soininen and Jesse Heikkilä. Incorporating their technology into ours will allow us to keep growing to become the uncontested leader in the sports reservations market in the world. Together we will be able to offer an even better experience and more exciting opportunities to our customers – players and clubs – beyond reservations.”

Per Roman and Henrik Persson, new members of the board

By adding Per Roman and Henrik Persson to Playtomic’s board, the company hopes to capitalize on these executives’ experience and strategic vision in the development of startups that have revolutionized the customer experience in sectors going through digital disruption. Roman, Co-Founder and Managing Partner of GP Bullhound and Persson, Founder of Optimizer Invest, oversee two of the most relevant funds at European level and have taken part in previous funding rounds of Playtomic.

The inclusion of these investors to the board, and the recent designation of entrepreneur Felix Ruiz as executive chairman, comes as the Spanish startup focuses investment in international expansion, with a fast-growing  presence in markets such as Sweden, Benelux and Mexico.

Playtomic is Europe’s largest sports booking app and SaaS for sport venues. The app is available in Google Play and Apple Store, and currently allows for bookings on 9,000 courts at 900 clubs. The goal of Playtomic is to socialize sports practice: through the app, players can book courts, find other players with similar skill levels, and join a social community dedicated to playing. Since its launch in 2017, Playtomic has earned the trust of national and international investors, consolidating it as one of the main European players in sports digitalization. Visit playtomic.io

Playven is a Silicon Valley-based technology company founded by two Finnish entrepreneurs Topias Soininen and Jesse Heikkilä, who had a goal to build a tennis and paddle courts marketplace app and club management tool. Thanks to Playven’s technology, sports clubs can optimize their facilities and step into a new age with simple digital operations. Former ATP No. 13 Jarkko Nieminen is one of the investors and advisors of the company, alongside investors of OpenTable, AirBnB, Slack and Trulia. Visit playven.com 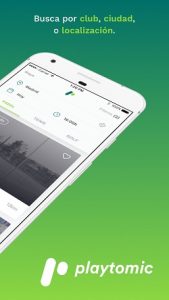