How does the level vary? 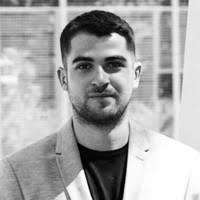 When you play a match and enter the results the level of the players changes. At first, in the first matches, you will notice that the level makes great leaps. This is because it is adjusting until we know what your real level of play is. The more you play, the more we will know.

For example, imagine that Ana and Mario have played several matches and then play against José and Jaime who have just registered so it is their first time. José and Jaime have done the level survey and have a 4 each. They win the match. As it is their first match, their level might change a lot, up to 4.5 – but we know that Mario and Ana’s level is around 4, as they have played several matches. But as they have lost the match, their level will change a bit. Their new level is 3.9.

At the beginning, your level can vary quite a lot because we don’t know exactly where you are. In order for you to ascertain your level as quickly as possible, we need to make more abrupt changes in the first matches until we can fix precisely what level you are playing at.

The more you play, the more even the levels become, because we know more about the level of each player, so matches become increasingly real and more fun.

Remember that only organized matches and reservations change the level.

Send this to a friend